​If you are interested in PepeLaru, you may go to the contact us page of www.savethatdog.com and find the application links. This is the start of our adoption process.

PepeLaru has been neutered, had a well check, had a dental, heart worm tested negative, has a current rabies shot, had a distemper/parvo booster, Bordatella Vaccination and has been de-wormed. He is microchipped and a nail trim.

PepeLaru, came to us with a time clock on his head. He was staying in the corner of the shelter kennel. He didn't move around much when I first got him. I checked his nails and found that his nails were growing into the pads of his paws. Once they were trimmed, he followed me around like my shadow. He was pretty happy and out of pain. He loves to sleep with me all curled up by my tummy. He is playing with some of the other dogs. I love seeing that. He likes to have the door opened for him to come in and out but will use the doggy door if I'm not around and he wants in bad enough. He's a good boy! He can be grumpy once in a while and a simple correction stops it. He loved all the attention he received at doggy adoption. He actually got adopted but the care taker refused to care for him and his potential new owner. He's ready to go to his new home. 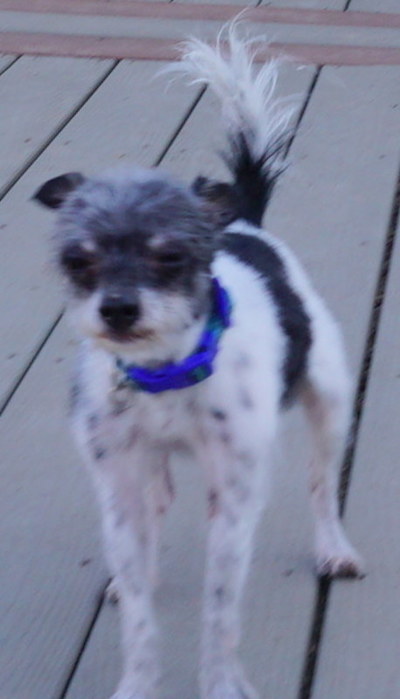 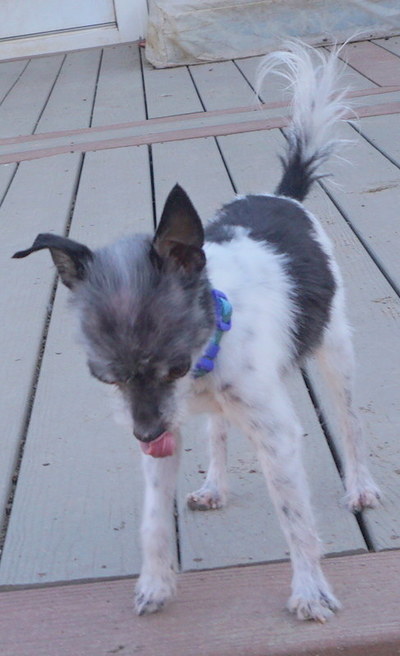 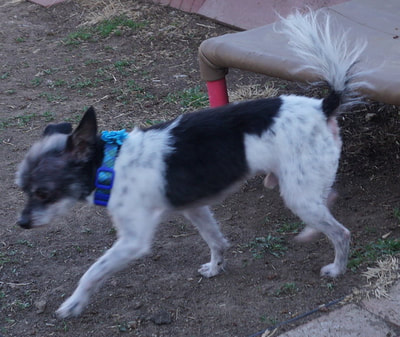 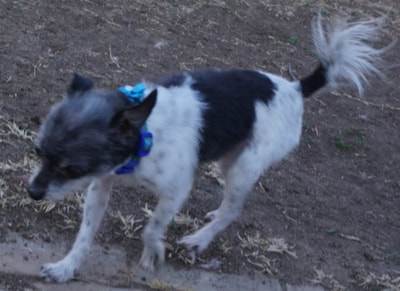 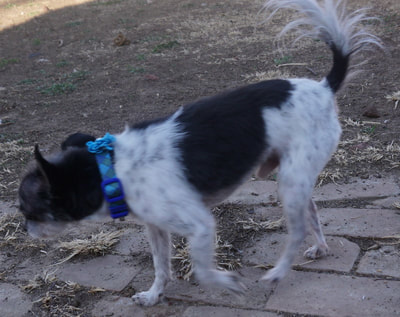 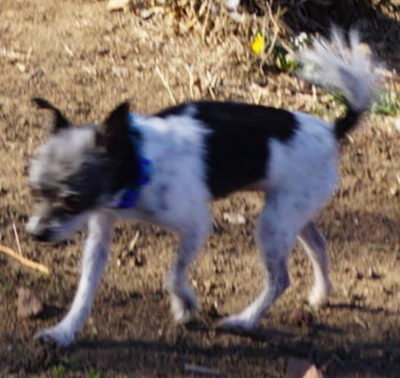 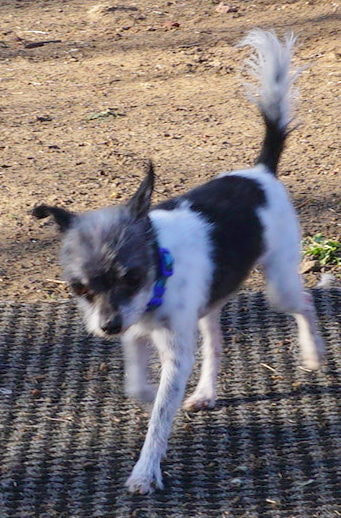 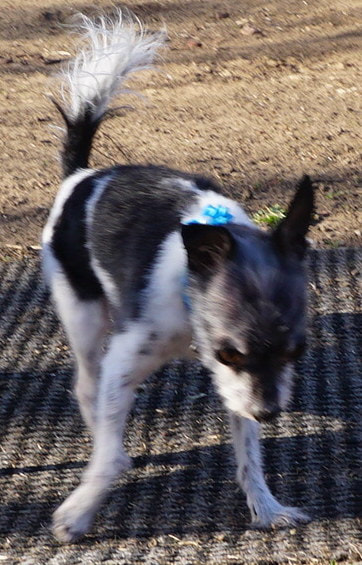 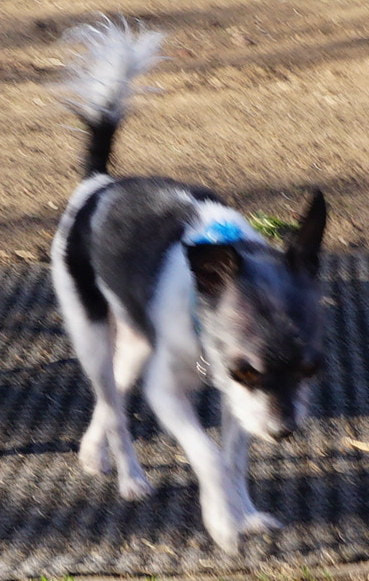 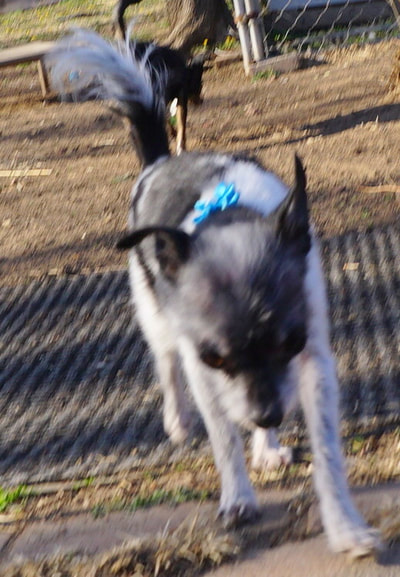 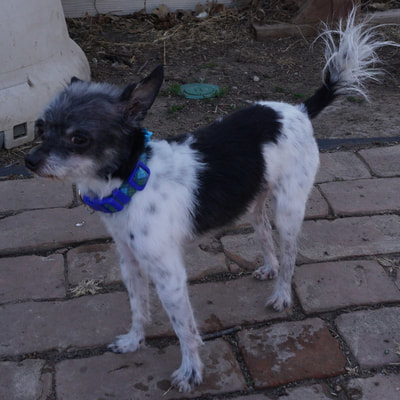 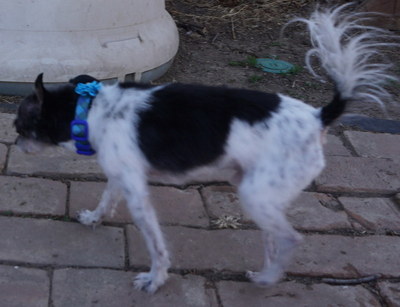 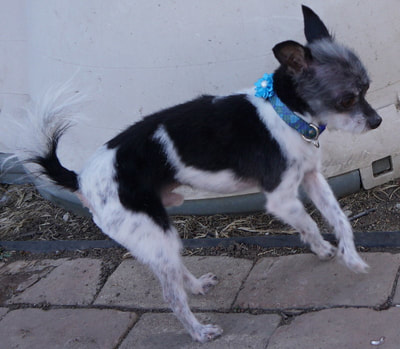 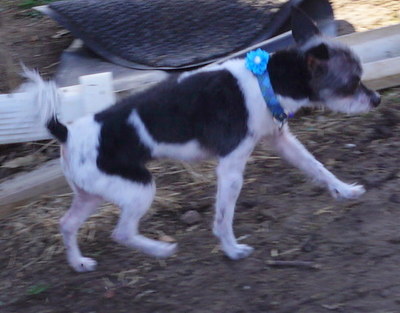 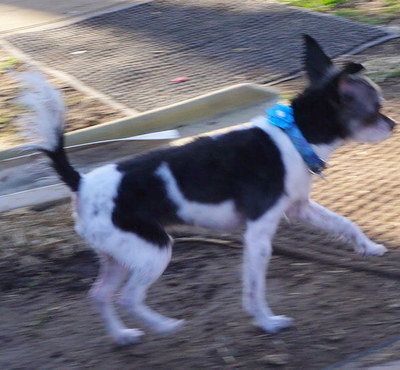 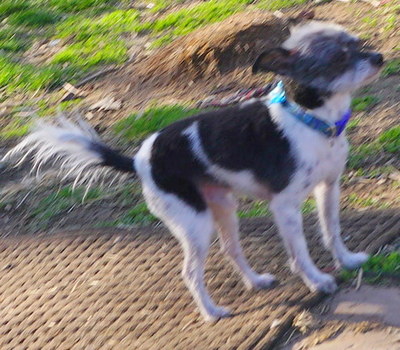 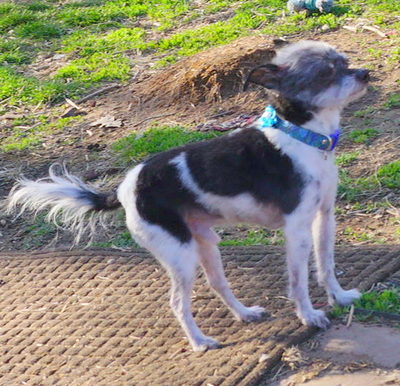 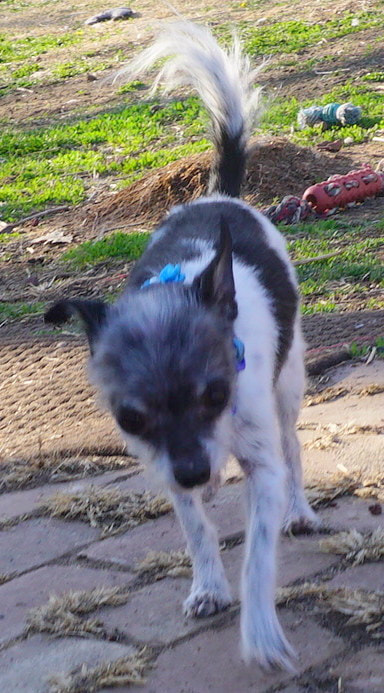 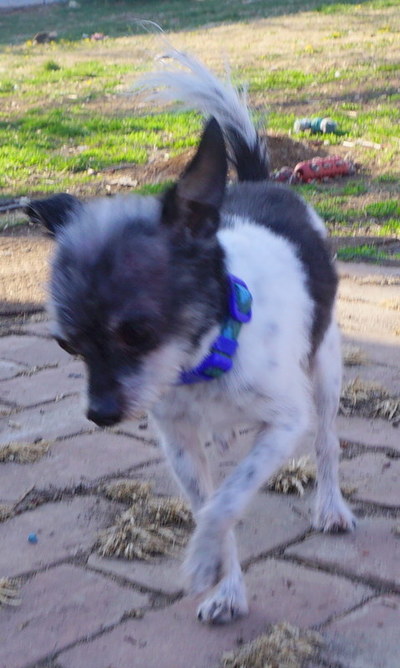 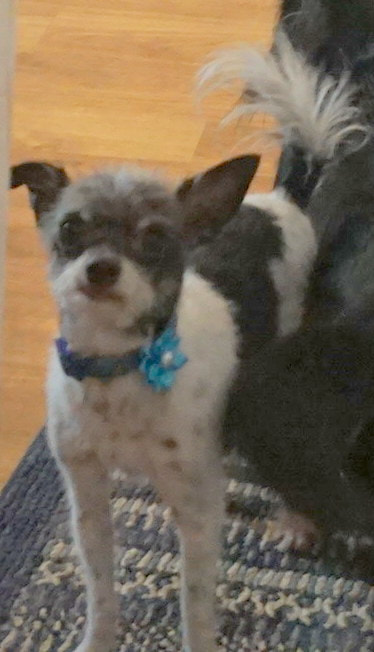 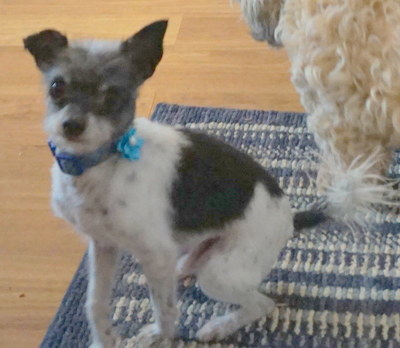 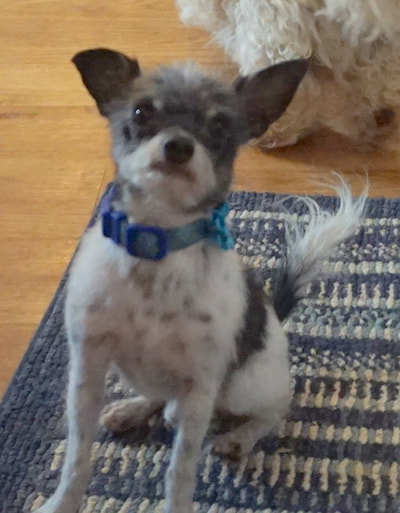 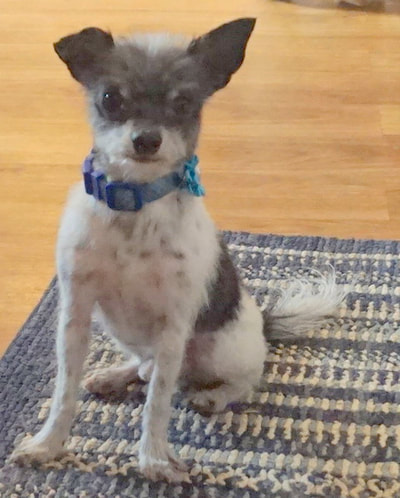 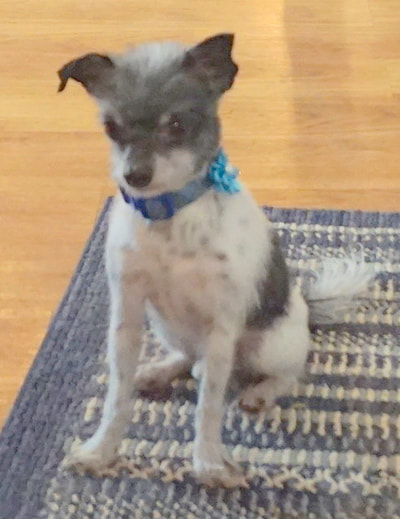 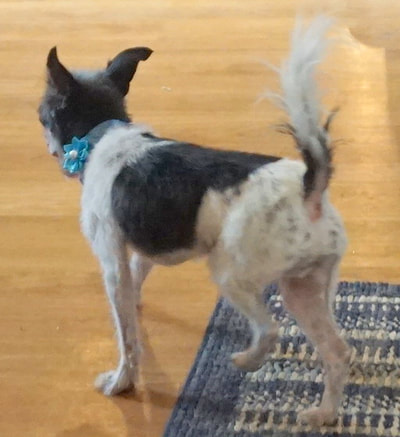 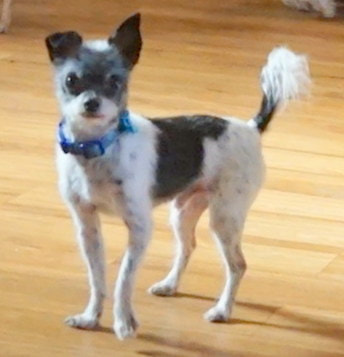 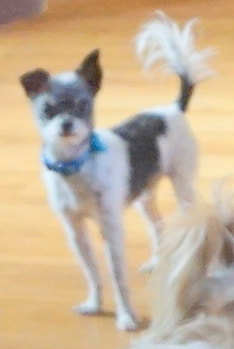 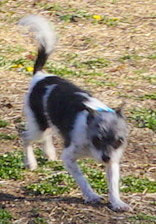 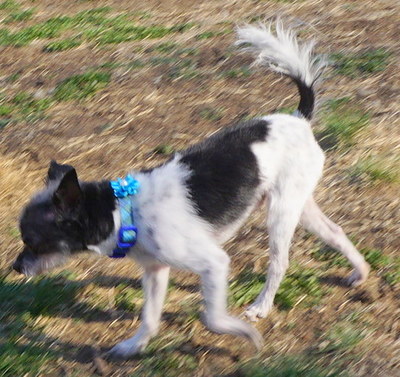 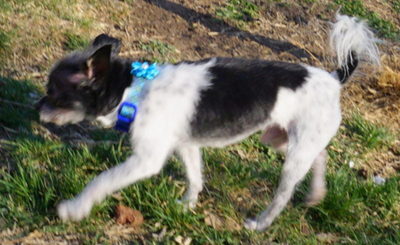